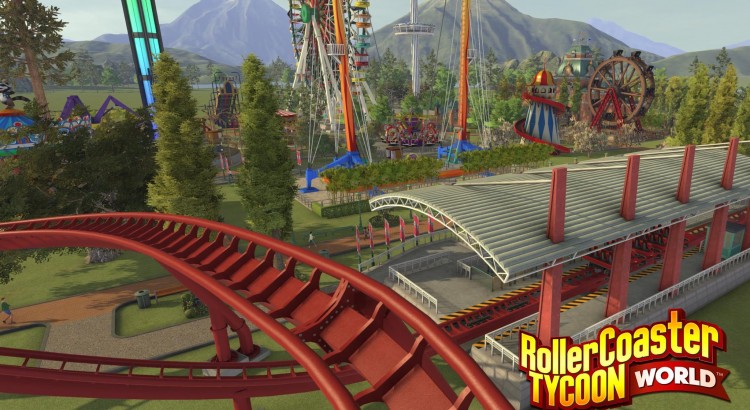 The preview also shows a number of new in-game screenshots.Including a merry-go-round, a new themed ferris wheel, the spiral slide and overview of the entrance of a park. 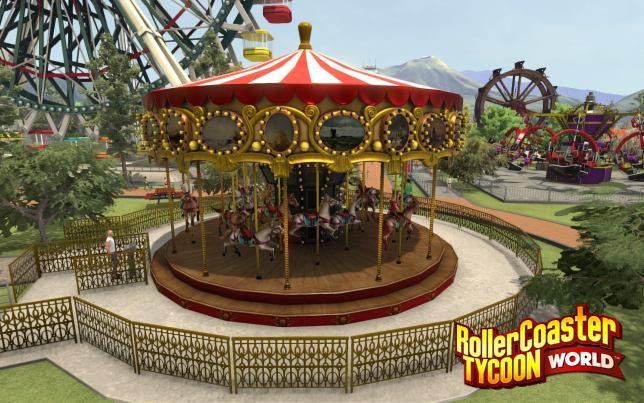 Now, keep in mind I’ve only had about half an hour of hands-on time with RollerCoaster Tycoon World. But from what I’ve played it feels similar. After a quick walkthrough of the tools by one of the developers, I jumped into a blank park and started building, and it’s easy.