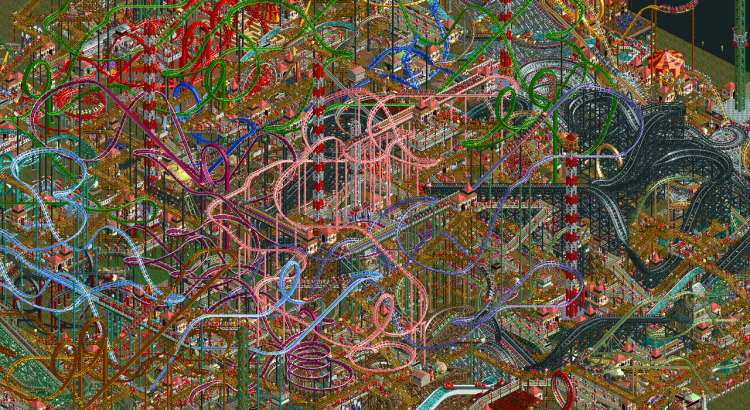 Simulation games have been around since 1984, however it took them 10 more years to create a Simulation game out of something else that was popular around that time: theme parks! Somewhere around 1993 someone came up with the genius idea to make the management of theme parks into a game.

The birth of the of a new genre

Peter Molyneux at Bullfrog productions, a British game studio, came up with the idea for a game to manage a number of theme parks around the world by keeping ratings up and competing with a few other parks. In 1994 they released Theme Park for MS Dos, spawning a whole new genre: Theme Park Simulation. This original game by Bullfrog had some good sales. But many won’t see it as the start of the genre. Many believe the genre actually started when another British developer wanted to create a sequel of his popular game Transport Tycoon. Around 1998 Chris Sawyer grew a passion for theme parks and rollercoasters in particular. He abandoned the sequel to Transport Tycoon and instead modified the code to handle rollercoaster psychics. RollerCoaster Tycoon was later released on March 31, 1999. 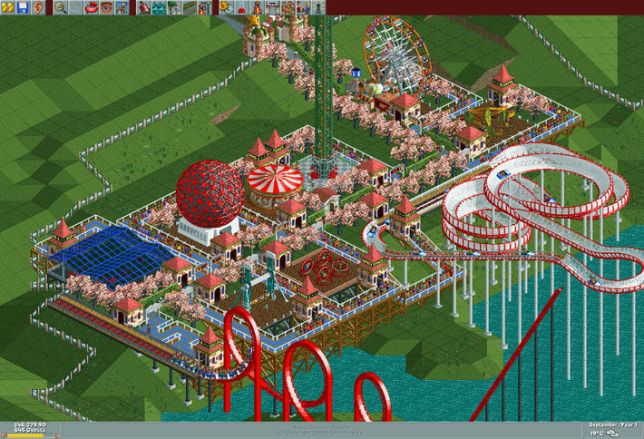 In the mean time Bullfrog worked on another game that turned out to be very popular Theme Hospital. After that big release it was time again to make a sequel to the original Theme Park: Theme Park World (Sim Theme Park in the US). Theme Park world was released in november of 1999 and was soon followed by Theme Park Inc (also named SimCoaster) in January 2001. Although both sequels had good sales and reception Bullfrog hasn’t released any new theme park simulators after the release of Theme Park Inc (with the exception of ports).

August 2002 saw a quick release of the game Rollercoaster World on PC and Playstation 2. Although some people thought this game was connected to the RollerCoaster Tycoon franchise. It was a solo game developed by Bimboosoft. This game wasn’t very popular and didn’t see good reviews. It also never spawned a sequel. By this time there were still no new games in the Theme Park Simulation genre. RollerCoaster Tycoon was seen as the only franchise in the genre. In October of 2004 the 3th sequel in the RollerCoaster tycoon franchise was released. RollerCoaster Tycoon 3, developed by Frontier and Published by Atari. This time around Chris Sawyer was only seen as a consultant to the game. The 3th installment went 3D, did away with the Isometric Camera in the first to games and introduced the Coaster Cam to ride rollercoasters and other rides. RollerCoaster Tycoon 3 received a good reception from the press, but fans we less excited because of the new User Interface and changes in the gameplay. However this installment sold the most copies of any Theme Park simulation game.

During this time period there were a lot of rumors going on that Chris Sawyer was supposedly in a fight with Atari about the trademark of RollerCoaster Tycoon. These have never been confirmed anywhere. Atari also filed for bankruptcy twice and put up the RollerCoaster Tycoon franchise for sale. However atari wasn’t able to sell the franchise.

Battle of the Theme Park Sims

2013, a new year that we can hope for a revival of the theme park simulation genre. Atari was still sort of bankrupt and didn’t tell anyone about it’s plans for RollerCoaster Tycoon for iOS. However on April 20 a new player came into the market. Pantera Entertainment started a kickstarter campaign to make Theme Park Studio. Not really a simulation game, but it would contain advanced park, rollercoaster and flat ride building and they were thinking about a rating and money element. It soon reached it’s funding goal with 126%. In February of 2014 they send a first build to backers, who discovered it wasn’t really feeling as a game.

In march 2014 we were still waiting for an actual theme park simulation game. In April Atari released RollerCoaster Tycoon 4 Mobile. It was a mobile freemium game that was pay to play at first. The game contained no actual physics or simulation animations. The game was disappointing to RollerCoaster Tycoon fans. Atari soon after revealed that it was working on a PC version. Many fans soon assumed that the game would be a freemium game on PC or Facebook. After a few days Atari tried to kill the storm by assuring everyone that it was a full RollerCoaster Tycoon PC game without micro transactions or timers.

In that same month some open source developers opened a new project, OpenRCT2. A project like OpenTTD to decompile the RollerCoaster Tycoon 2, write it in C and extend some of it’s features. One of it’s first features was to support bigger resolutions and fix some of the visual bugs on newer computers.

In august of 2014 Atari finally announced that the PC game would be called RollerCoaster Tycoon World and it was in the works by developer Pipeworks software. The game would have a multiplayer experience but would also have offline single player. A few days after some screenshots and a teaser trailer showed up. 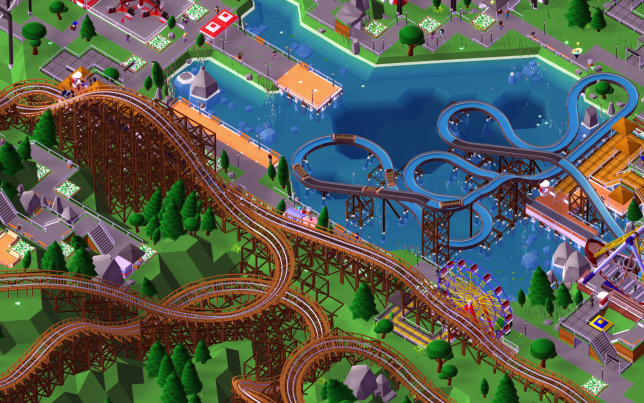 In January of 2015 Parkitect sends out a first pre-pre-alpha build of it’s game, Showing great promise for the game. The of course wasn’t great at all. But it was finally a new simulation game for people to play with. By the end of January there is some other surprising news. Frontier, the original developer of RollerCoaster Tycoon 3 announces it’s making a theme park game named Coaster Park Tycoon.

On the 21th of March it was supposed to be a happy day for RollerCoaster Tycoon World fans. Atari finally showed a real gameplay trailer of the game. However the graphics and pyshics of the game looked so bad that there was a giant backlash from fans. Atari soon try to call the storm again by telling people it was an old trailer and that the graphics would improve before release. After this great trailer there were just a few development updates but soon Atari went silent again.

In may of 2015 Atari announces in another RollerCoaster Tycoon World development blog that they changed development teams again. They won’t announce the new developers just yet. But they show of some promising new screenshots of the actual game that show great improvement in the graphics. It’s later announced that Nvizzio Creations is the new developer op RollerCoaster Tycoon World. 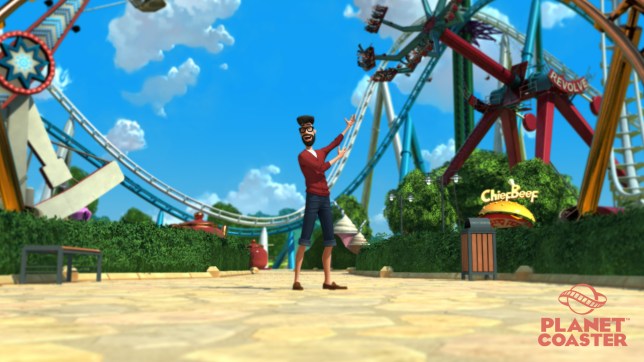 During the E3 2015 in June frontier has a small segment in a general PC game presentation and they decide to us it to announce something big. They changed the name for Coaster Park Tycoon to Planet Coaster. They also show of a teaser trailer and a few of the in-game models. The game would release in 2016 and is sort of crowdfunded. As a pre-order you can buy the game on the frontier website, but also buy some other extra tiers that will get you beta access or access to exclusive updates.

And that’s where we are now. During the gamescom in august both Frontier and Atari showed some new stuff to the press, but they asked the press to not show any of the new footage. Frontier announced that Planet Coaster won’t get a beta release till at least 2016.

Who do you think will win the battle of the theme park sims? And do you think the Bullfrog team will bring a new Theme Park game in the future?

2 thoughts on “A brief history of theme park simulators”